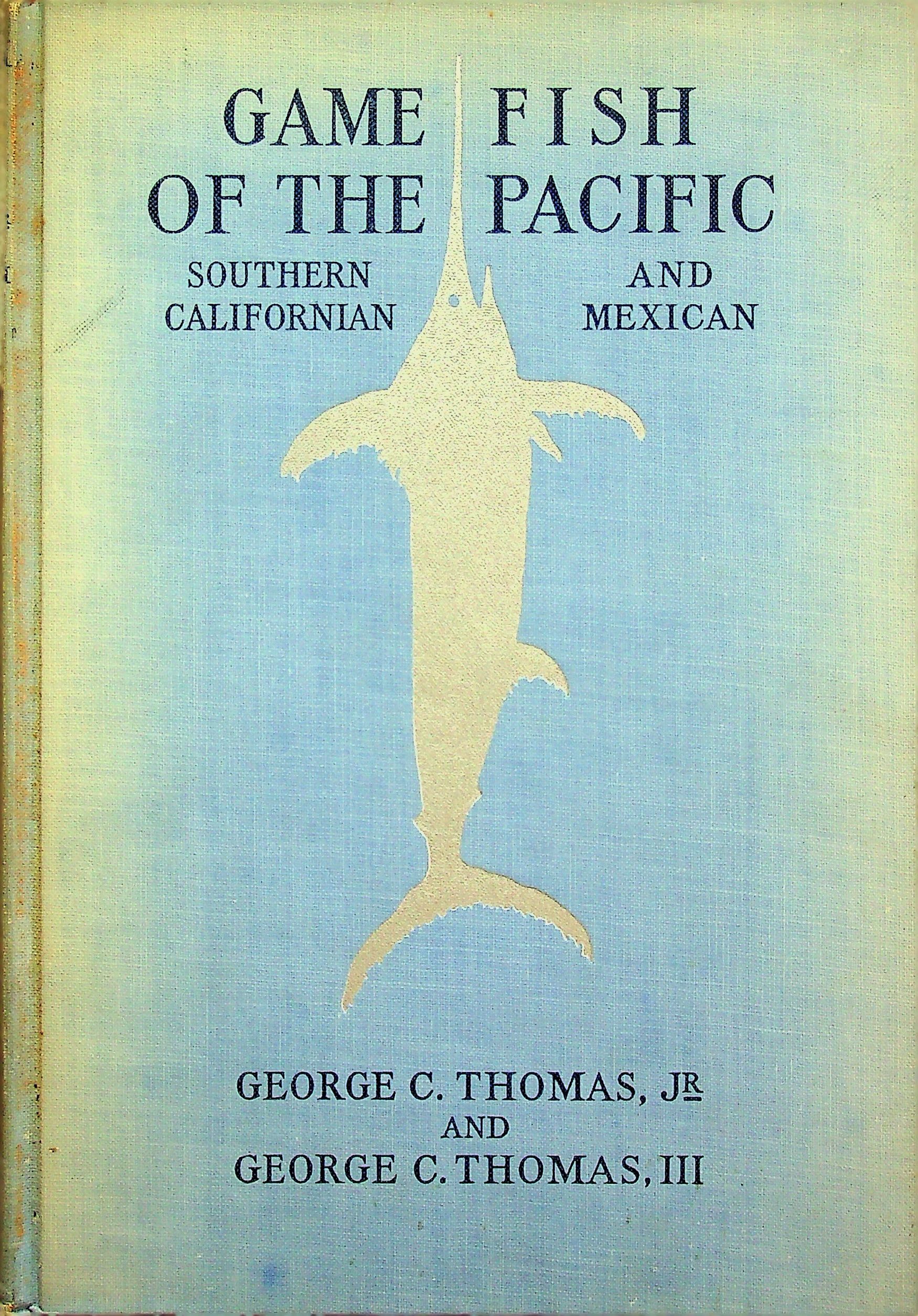 Game fish of the Pacific: Southern Californian and Mexican

J.B. Lippincott, 1930. Hardcover, 293 pp. Stated First Edition. With Frontispiece in color and 89 Illustrations. In acceptable+ condition/ MISSING dust jacket. Blue cloth covered boards with silver marlin on front cover and blue lettering on front and spine. Moderate aging and fading to covers. Spine darkened with age. Binding tight. Previous owner's gift inscription dated "'31" and book seller's address stamp both on front free end paper. Age spotting to title page and Frontispiece. Otherwise pages are lightly aged but unmarked with occasional lot spotting. Missing dust jacket. NOT Ex-Library. NO remainder marks. Black and white illustrations throughout [Excerpts from Foreword] Until lately our Pacific big game fishing on the American Coast has been restricted to Southern California, and the general opinion has prevailed that this sport is on the wane?that the old days of many tuna and swordfish are over. Commercial fishing rightly has been blamed.... However, two dominant factors recently have obtained which change the outlook and guarantee the continuance of sport. First and most important to the California Coast is that a new migration of marlin swordfish and another of dolphin appeared in Southern California waters during 1929. The marlin came in greater numbers than ever before....Dolphin have never appeared in as great numbers as during last season. Few have been seen the past ten years, and it is nearly twenty years since they were here in quantity...The second factor affecting the outlook for big game fishing is our proximity to the Mexican coast, which is an angler's paradise. In these waters the sport is beyond compare. Fish of diverse species and types await the angler, and m size, as well as numbers, exceed our best records. An increasing ownership of boats practical for Mexican waters insures widening popularity and proves that the new field will be visited by fishermen from all over the world. It is the object of this book to give the story of Southern California and Mexican big game fishing, illustrating its lure by photographs, sketches and true stories of fish taken or observed. In addition, t is hoped that a description of tackle and methods may be of value. As a conclusion, and of the greatest moment to our future ocean wealth, as well as to all anglers, this volume will prove the necessity of conservation and the fact that unless commercial fishing is restricted, our heritage of a great natural resource is endangered. The reproductions of the drawings of fish, dispersed through the volume, are made from the original life drawings by George C. Thomas, III., and are included for the purpose of aiding those who fish these waters in identifying their catches. They represent the fish most usually taken in Mexican waters.

Title: Game fish of the Pacific: Southern Californian and Mexican

Game fish of the Pacific: Southern Californian and Mexican