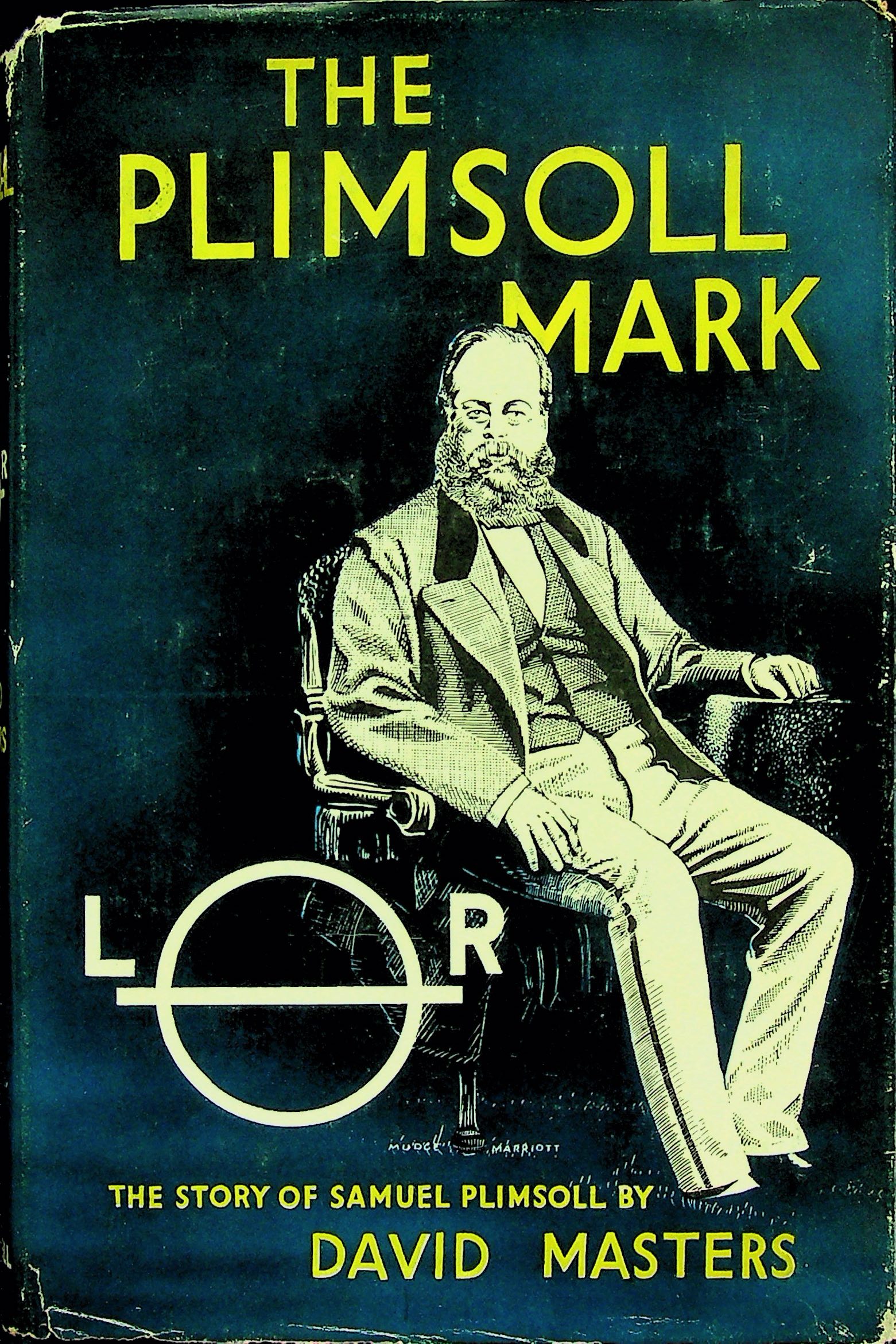 Cassell & Company Ltd [Published Date: 1955]. Hardcover, 278 pp. First edition. Good in acceptable dust jacket. Blue cloth covered boards with gold lettering on spine. Light bumping and scuffing to edges of covers. Binding tight. Pages lightly aged but otherwise unmarked. Dust jacket has several 1" or less nicks and tears and some insect damage to the back cover. light overall scuffing and soiling to jacket as well. Price clipped. Now in an archival-quality (removable) Brodart Cover. NOT Ex-Library. NO remainder marks. Black and white illustrations, index. Nice dust jacket art by [Eric] Mudge Marriott [From jacket flaps] This is the story of Samuel Plimsoll, one-time coal-merchant of Sheffield (until failure brought him, practically destitute, to a cubicle in a common lodging house). But it is also the story of the man who brought about one of the greatest shipping revolutions ever known, who shocked the British nation into making reforms which were eventually adopted by all the maritime nations of the world, reforms which have saved the lives of countless men of the Merchant Navy. Plimsoll?s great reform was not, in fact, his idea at all; the true instigator was a philanthropic shipowner, James Hall of Tynemouth. But, having dragged himself up from penury to become Liberal M.P. for Derby, Plimsoll turned James Hall?s plan into a crusade. His violent speeches aroused the House of Commons; his book, Our Seamen, shocked the people at large into clamorous indignation. His campaign was well founded; according to the Board of Trade?s own record, 15,331 ships were wrecked in the seven years ending in 1871; in the year 1871 itself nearly 2,000 ships went to the bottom, of which no fewer than 856 were lost in nothing more than a strong breeze. But his book, which did so much to stir the public conscience, with its shocking accounts of overladen and unseaworthy ships foundering with terrible loss of life, brought also the hatred of many influential men, and set in train a whole series of writs for libel, issued by the shipowners who suffered at his hands. Plimsoll soon found himself up to the neck in legal battles, but clung doggedly to his facts, fought back to the point of utter exhaustion, and fought so successfully that he forced Disraeli?s Government to pass the Unseaworthy Ships Bill into law within four years of the beginning of his crusade. Thirty years after his death, when the benefits he had bestowed upon the seamen of all nations were fully realised, a bronze bust was erected by the National Union of Seamen in the Embankment Gardens, London, ? in grateful recognition?.